Wave Y bounce finished at 200.93 and the whole structure of wave (2). Wave (3) has already started and TSLA should continue to the downside as far as pivot at 200.93 high remains intact.

Near term, it needs one more low to complete an impulse as wave 1. Then, it should see 3 corrective swings higher as wave 2 before turning lower again. 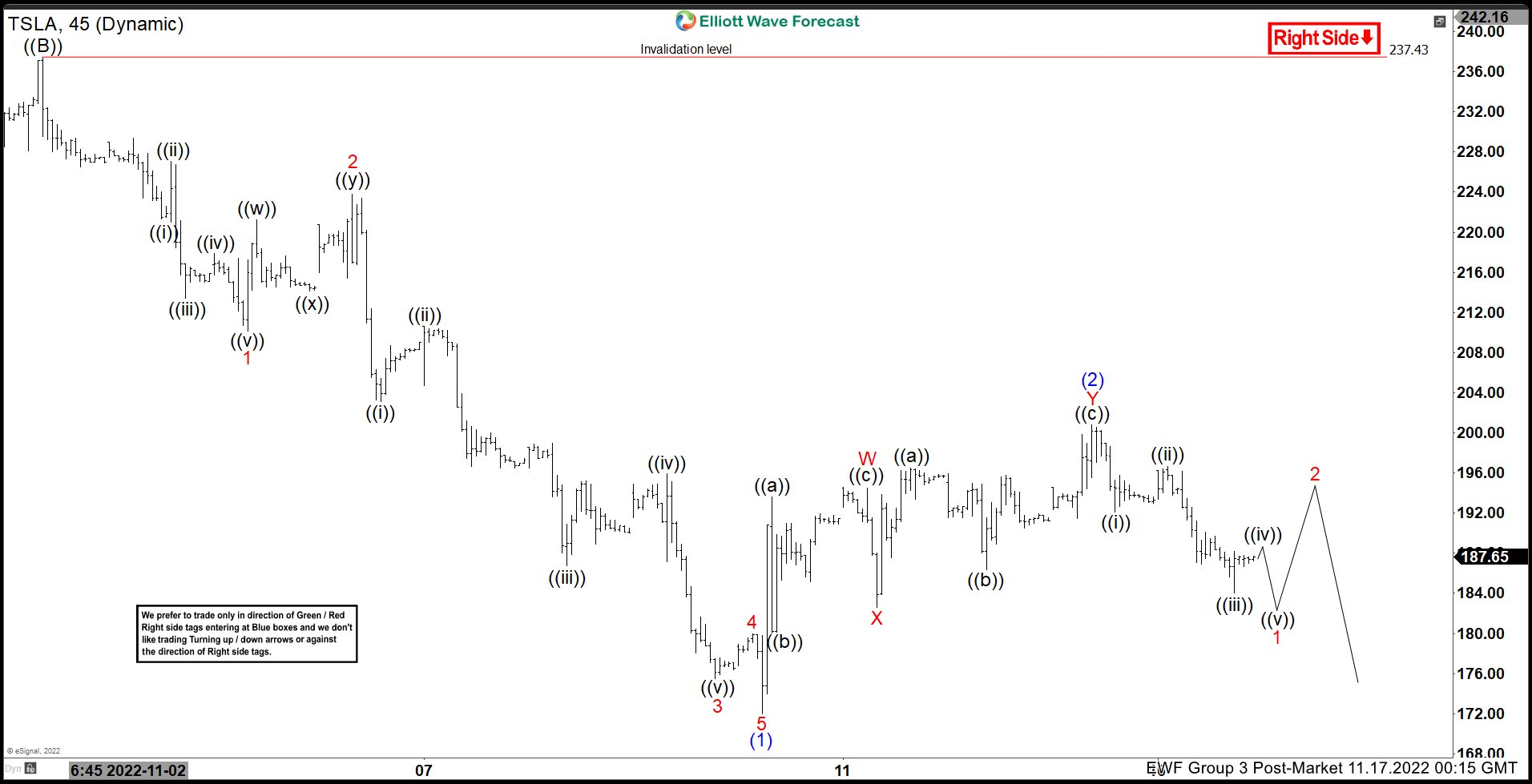