MGM Resorts is a large holding company that owns and operates subsidiaries, including casinos, hotels and entertainment resorts, in the US and Macau. The holding company's portfolio includes 33 hotel and gaming destinations worldwide, including some of the most recognisable in the industry. The company's business is divided into three segments:

For 2021, the gambling industry was able to recover to 2019 levels and continued to grow in 2022. Improved financial health allows for increased investment in business growth in areas such as:

Acquisitions: In May, BetMGM submitted an offer to buy Stockholm-headquartered global online gambling company LeoVegas for $601 million, and the offer was approved by LeoVegas shareholders on 31 August. The acquisition will support MGM's international growth in digital gaming and sports betting through LeoVegas' licenses in eight jurisdictions, predominantly in Northern Europe.

In our view, these measures will help increase attendance and brand awareness, as well as expand MGM Resorts' customer base, which will have a positive impact on the company's financial results.

In addition to business units already open in states where betting has been legalised, we also expect further expansion in jurisdictions where the legalisation process has not yet taken place. 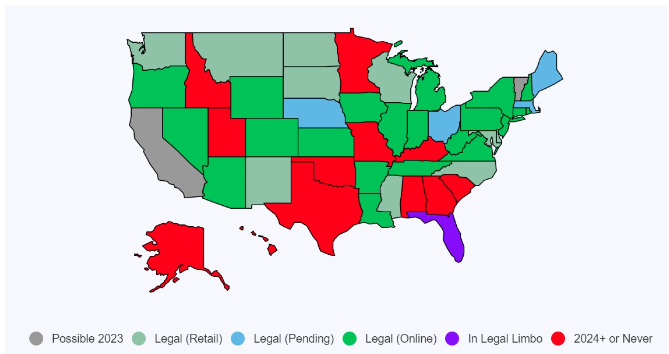 Sports betting is expected to be legalised in Ohio in January. As such, BetMGM to start offering services in that state on 1 January. As we mentioned above, the company has already started to strengthen its presence in Ohio through a partnership with the Cincinnati Reds.

The legalisation process is also underway in Maine, Massachusetts and Nebraska. In our view, company units in these jurisdictions could open as early as 2023. In addition, attempts at legalisation are also being made in California.

BetMGM currently has a presence in 24 jurisdictions, but expects this figure to increase to 31, as the infographic below shows: 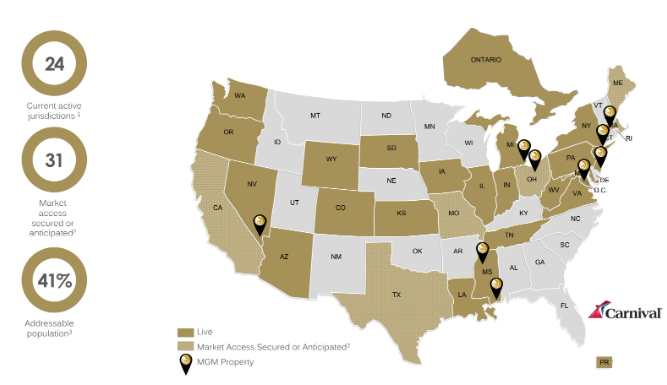 The emergence of new jurisdictions for mobile sports betting is important as it allows for market in a rapidly growing area.

The US gaming industry as a whole is doing well: according to American Gaming Association research, the commercial gaming industry in the US at the end of Q3 broke the quarterly record of the previous year, increasing GGR (gross gaming revenue — the difference between the amount players wager and the amount they win) from $14.8 billion to $15.2 billion. At the same time, revenue growth is observed in all gaming areas both for three quarters together and for the 3rd quarter. Sports Betting and iGaming are leading the way with 80.6% and 28.5% year-on-year respectively. 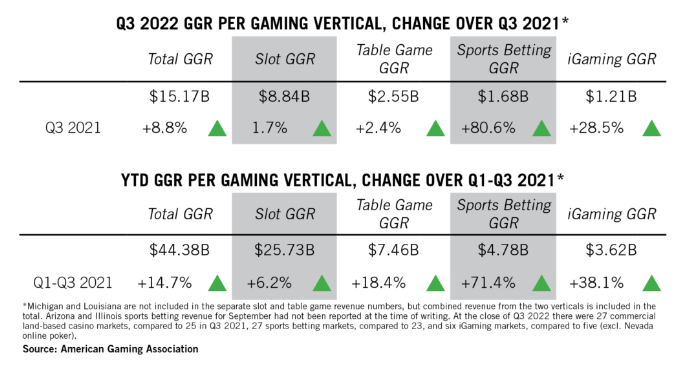 The following breakdown by state shows that GGR is positive in all states where MGM Resorts has a presence except Mississippi. 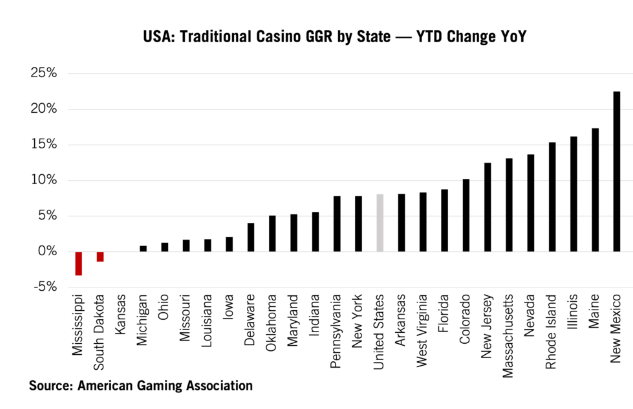 Separately, it is worth to note that coronavirus restrictions cannot last forever: when China eases the restrictions to a level that allows casinos to operate, MGM Resorts' stock price could be predicted to rise due to investors' expectations of increased cash flows. For now, the biggest outbreak in two years, with the number of active coronavirus cases in Macau reaching 520 in July 2022, has come to an end. However, as of 8 October, two new cases of infection have emerged. Therefore, given China's policy on epidemiological regulation, we see no signs signaling the lifting of restrictions before the end of the year. 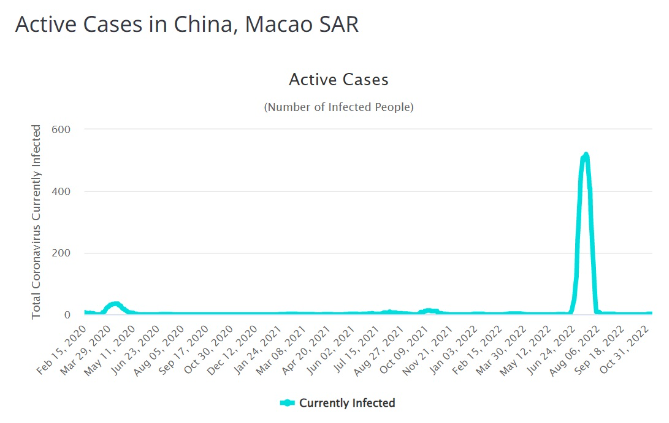 in terms of operating margins, decrease from 19% to 14.4%, mainly due to "other unusual expenses"

in terms of net margin, up from 8.3% to 10.5% due to lower non-operating interest costs

Operating cash flow: up from $643.3 million to $1.78 billion, due to positive changes in accounts payable

Based on the results of the most recent reporting period ended 30 September 2022:

in terms of operating margins, down from 69.9% to -30.6%, mainly due to the need for new injections into MGM Grand Paradise for the new gaming concession required to operate a casino in Macau

Free cash flow: decrease from $564.6 million to $178.4 million, mainly due to investments in acquisitions

MGM Resorts has shown good financial results both for the last 12 months and for the last reporting period. The negative profit for the quarter is a one-off event — a new concession in Macau should not be required for the next decade.

The company has a moderate debt load for the sector, with additional cash flow from the sale of The Mirage Hotel & Casino and the sale of Gold Strike Tunica in the first quarter of 2023 providing sufficient cash for further strategic investments. Both properties for sale are located in Mississippi, the state with the fastest declining casino revenues in the US.

MGM Resorts pays its shareholders a dividend yield of around 0.03% per annum.

The minimum price target set by Trust Financial and UBS Group is $40 per share. Credit Suisse, in turn, set a target price of $67 per share. According to the consensus, the fair value of the stock is $51.8, which suggests an upside of 40.73%. 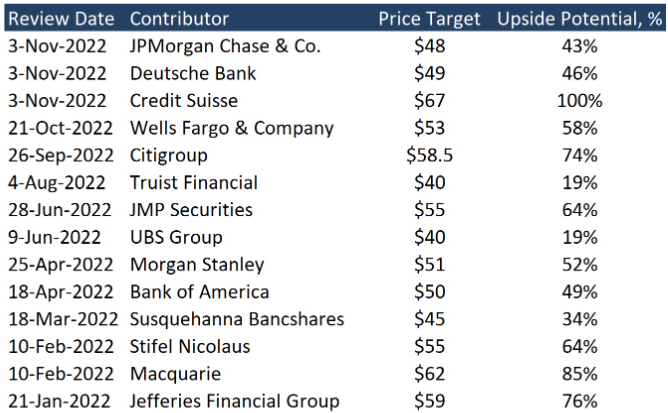