LendingClub Corp. Stock: 82.6% growth potential on the back of anticipated macroeconomic improvements

LendingClub Corp. a financial holding company offering banking products and services through a technology platform through its subsidiary LendigClub Bank. The company's solutions include banking products for corporate and retail customers, including various types of loans and leases, as well as deposits. The company also operates an online platform to connect borrowers and investors.

Reason 1: Good positioning ahead of the coming macroeconomic improvements 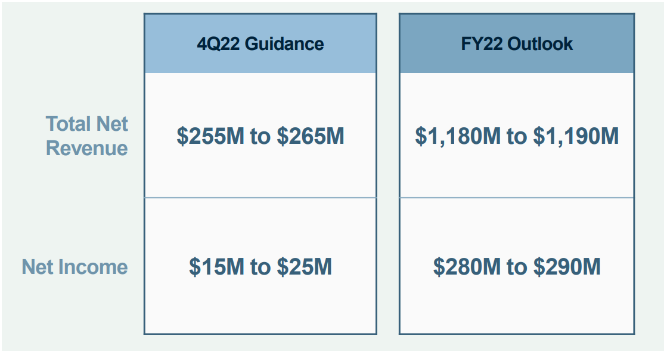 In addition, LendingClub's Q3 results showed a decrease in profitability for some products compared to the previous quarter (chart below). This led to a decrease in the interest rate spread (the difference between lending and deposit rates) from 8.21% to 7.99% and a decrease in the net interest margin from 8.45% to 8.32%. 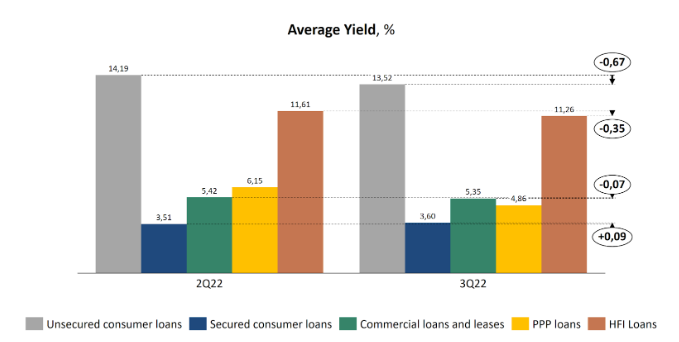 Together, both led to a 10% decline in LendingClub , with further pressure on the stock remaining due to the overall bearish mood on the market.

However, in our view, the current situation creates an excellent opportunity to invest in LendingClub for the following reasons:

Negative expectations are already priced in. At the same time, LendingClub's Q3 results exceeded projections, indicating that the company's forecasts are somewhat conservative. 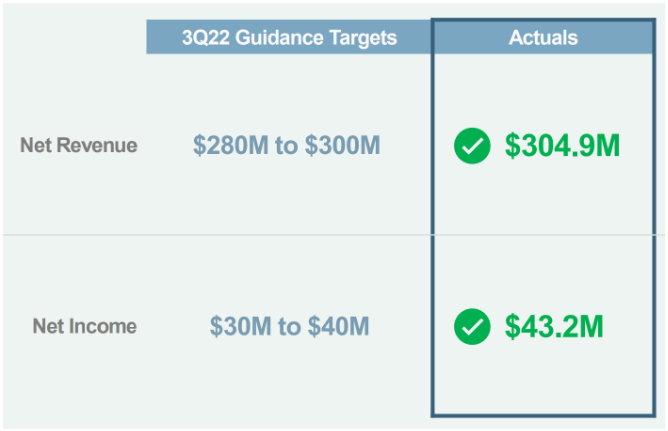 As reported by management during the quarter-end conference call, the decrease in margins is due to the fact that LendingClub is restructuring its portfolio to achieve a lower risk profile. Given the current macroeconomic volatility, we believe this decision is the right one, as it will generate more stable cash flows in the long run by reducing the share of non-performing loans in the portfolio.

As we described earlier in the inflation survey, the US Federal Open Market Committee meeting estimates that interest rates in 2023 are expected to rise to 4.6%, after which they will begin to decline. Even if the impact of higher rates on the economy does not force the central bank to end the rate hike sooner, such an increase would not have a fatal effect on LendingClub's results, and a subsequent rate cut would help the company to build up profits. We expect that a substantial part of these expectations will start to be built into the price of the company when the Fed either stops hiking or starts to cut rates.

At the same time, there are no signs yet to raise concerns about an increase in the frequency of borrower defaults by credit institutions. Jobless claims in the US remained at low level in September with the number of new job openings showing an increase. Wage levels in the country also rose in Q3. At the same time, a joint study by LendingClub and PYMNTS found that the rise in wages is not so significant that customers are turning down loans: 65% of employed consumers are living paycheck to paycheck, and the average emergency spending check rose from $400 to $1400.

Unsecured consumer loans make up the bulk of the company's balance sheet — $3.27 billion (55% of all interest-earning assets). It is worth noting that in the current environment, the need for these types of loans continues to persist. According to the FRED graph based on data from the US Federal Reserve Board of Governors, the total volume of such loans has risen from $1.652 trillion to $1.805 trillion since December last year.

At the same time, the delinquency rate is maintained at an extremely low level: in Q2 2022 the figure was 1.71%.

At the same time, the rate on 24-month personal loans at commercial banks is almost at the same level as 10 years ago: in August 2012 it was 10.37% and in August 2022 it was 10.16%. It is worth noting that despite the increase in the key rate, the cost of consumer loans is maintained at the level of average values over the last 10 years.

Thus, demand for consumer loans remains high, with banks compensating for the slow rise in their costs with quality portfolios with low delinquency rates. In other words, the debt market in the consumer loan segment is still in good shape, so LendingClub still has good prospects in this area.

Based on the results of the most recent reporting period ended 30 September 2022:

The efficiency ratio (reflecting the ratio of non-interest expenses to net revenues).

LendingClub has performed well in both the last 12 months and the quarter. At the same time, the continuous reduction in the efficiency ratio indicates that the corporation is managing costs more efficiently each quarter.

Since the beginning of the year, the company has continued to aggressively grow its portfolio of interest earning assets, which has increased 36% since Q4 2021 from $4.37 billion to $5.94 billion, mainly due to an increase in unsecured consumer loans more than doubling from $1.54bn to $3.27 billion, as can be seen in the chart below: 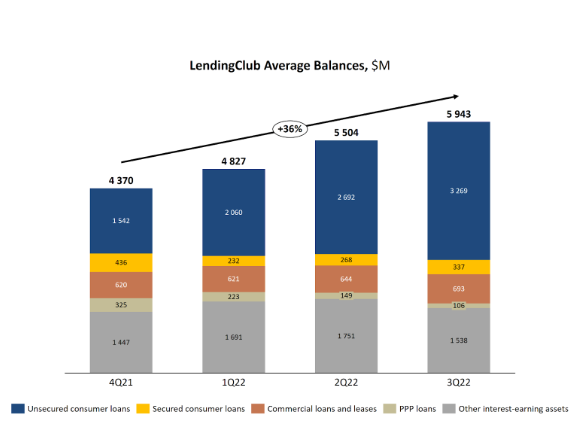 At the same time, management strives to increase portfolio volumes without sacrificing portfolio quality: the FICO (credit rating) of borrowers on core loans is 718 and on loans held for investment is 730. This indicates a good rating for the loan portfolio. At the same time, the average credit load (debt-to-earnings ratio) is at an acceptable level of around 20%. 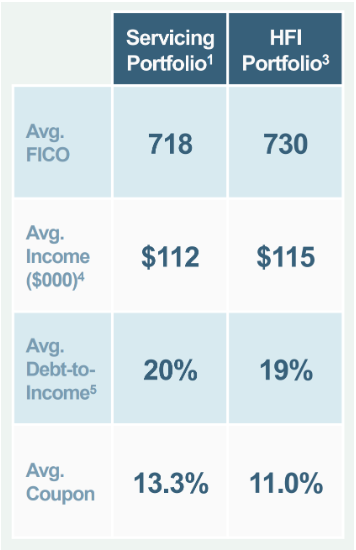 Based on the above data, we believe that LendingClub's loan portfolio is in good shape and that the company's further activity to reduce its risk profile will help to further improve it.

In terms of trading multiples, the company is undervalued relative to the industry as a whole.

The minimum price target set by Janney Montgomery Scott is $32 per . Wedbush, on the other hand, has set a price target of $15 per share. By consensus, the fair value of the stock is $21.75 per share, suggesting a 82.55% upside potential.