Compass Diversified (CODI) is a publicly traded holding company investing in mid-market businesses. It currently has a portfolio of 11 businesses with a combined value of $3.1 billion. Compass Diversified was founded in 2005 and is headquartered in Costa Mesa, California.

Why do we like Compass Diversified Holdings Shs of Benef Interest?

Compass currently has a portfolio of 11 subsidiaries, which are roughly divided into two categories: Branded Consumer and Niche Industrial. Companies from the consumer sector, including 5.11, Lugano Diamonds, BOA and Marucci Sports, are showing the greatest growth.

The largest company in the portfolio by revenue is 5.11 Tactical, a manufacturer of equipment and uniforms used by police, firefighters and other first responders. Compass bought 5.11 for $400m, when the company had only four shops. In six years, 5.11 has expanded its assortment with a focus on consumer clothing and increased the number of shops to 107 at the end of the last quarter.

5.11 has demonstrated solid growth and double-digit EBITDA margins. For the first nine months of 2022, the company's revenues increased by 9.2% year on year to $350.6 million and Adjusted EBITDA increased by 3.4% to $48.2 million. Management plans to continue to expand its physical presence and open new shops. 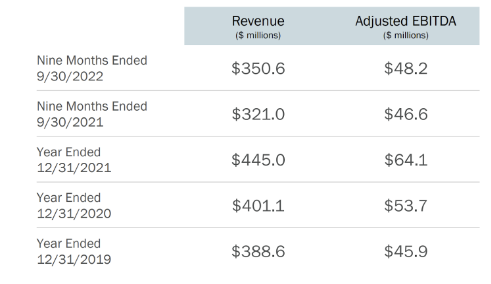 Lugano Diamonds designs, manufactures and sells unique premium jewellery. Compass acquired the company in September 2021 for $256m. Co-founder and CEO Moti Ferder has remained at the helm of the firm. 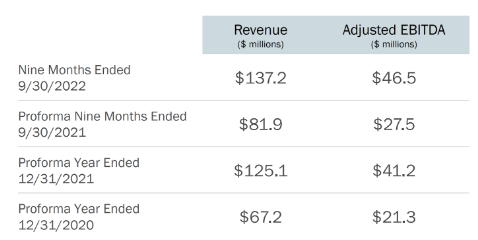 The company plans to open a flagship shop in Newport by the end of the year and begin geographic expansion. Lugano has considerable potential. Firstly, the luxury goods industry is one of the few sectors showing sustainable growth. Secondly, feedback suggests that customers like Lugano; since consumer culture is identical in all states, the company is likely to be able to grow successfully and open up new markets.

The BOA Fit System is the provider of an innovative shoe fitting system consisting of a microchip and integrated low-friction laces. The system gives athletes scientifically proven performance benefits. The company has been a market pioneer and as a result has secured a deep competitive moat. Judging by the reviews on Amazon, BOA does provide quality solutions.

Although BOA gives the impression of being a start-up, the firm is a fast-growing and high-margin business. In the first nine months of 2022, BOA's revenues rose 38.5% year on year to $166.2 million. The EBITDA margin was an impressive 41.2%. 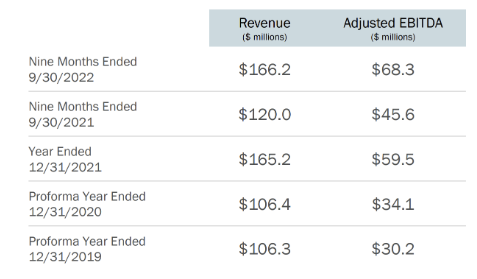 The gains of these portfolio companies were partly offset by lower revenue air gun manufacturer Velocity Outdoor ($180.8 million vs $205.9 million a year earlier) and baby pram retailer Ergoa ($68.3 vs $69.1 million). The decrease is due to lower consumer spending. CEO Elias Sabo notes that affluent consumers are still actively spending, but low-income consumers are foregoing a number of discretionary items as they have to pay for necessities. Given that the macroeconomic environment is the only deterrent noted by management, it is likely that revenues for the segments will improve as the macroeconomic environment improves, which we forecast will begin to recover during 2023.

Compass management has set a goal of achieving adjusted EBITDA of $1 billion over the next 5-7 years. The goal is expected to be achieved by firstly growing the financial performance of the current portfolio companies; secondly, by entering the large and promising healthcare market. Compass has already hired former investment banker and top Sotera Health executive Kurt Roth to lead the business.

Compass is expected to focus on established, off-the-shelf businesses rather than high-risk biotech start-ups. We are likely to see increased financial leverage or stock dilution when attractive investment opportunities arise. However, a larger and more diversified portfolio will reduce the impact of cyclicality and increase Compass' financial strength.

Compass provides its shareholders with a solid dividend yield of 5.1%. The company is not only able to maintain its current level of dividend payments, but also to increase them. First, in 2021, the company distributed $175.13 million to shareholders, representing 56.8% of Adjusted EBITDA. EBITDA is likely to exceed last year's value this year, as it was $282.51 million in the first nine months of 2022, up 25.6% from a year earlier. Second, Compass' operating results show and are likely to continue to show significant growth. In the last quarter, the company raised its outlook for 2022, with adjusted EBITDA expected to be $460 million to $470 million (+12% YoY) and adjusted net income expected to be $145 million to $155 million (11% YoY). The only negative factor could be the company's relatively high financial leverage of ~3.9x.

Compass' financial results for the past 12 months can be summarised as follows:

The financial results for Q3 2022 are as follows:

At the end of the latest TTM reporting period, operating cash flow was -$53 million compared to $134 million for the full year. The decrease was due to an increase in net working capital due to the inventory balance. Free cash flow to equity declined from $94 million to -$105 million. The negative free cash flow was due to lower net profit and higher capital expenditure.

Compass has an elevated but manageable debt load: total debt is $1.79 billion, cash equivalents and short-term investments account for $61.3 million and net debt is $1.73 billion. Financial leverage is at 3.9x and the Net debt/EBITDA multiple is 3.7x. The ratio increased from 3.4x at the end of 2021 due to higher net debt. However, at the moment, we do not see risks to the company's financial stability, as EBITDA exceeds interest expenses 13.6 times, 70% of debt is fixed-rate, and the nearest maturity is in 2029.

The minimum price target from investment banks set by Oppenheimer is $26 per share. In turn, B. Riley values Compass at $33 per share. According to the consensus, the fair market value of the stock is $29.8, which implies a 52.7% upside potential.