Between 1961 and 2020, global meat production has increased 4.9-fold to 342.5 million tonnes. This fact is due to global economic growth and the resulting increase in the prosperity of the population. 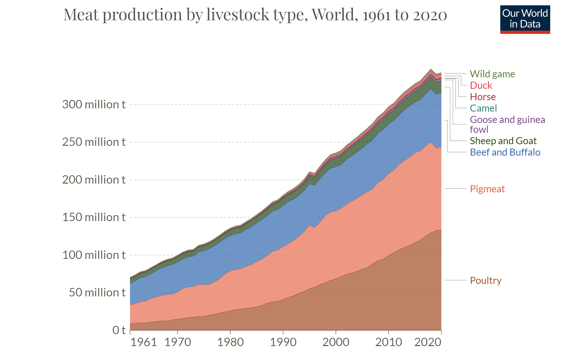 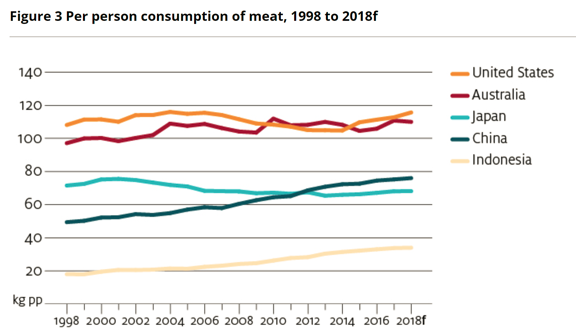 Increasing population and economic growth in emerging markets will stimulate livestock production, which will be a driver for the Feed Ingredients segment. On the one hand, growth in livestock production will provide Darling with raw materials and on the other hand, demand for final products in the form of feed ingredients. It is worth noting that the livestock industry has a relatively low susceptibility to economic cycles, which could ensure Darling's financial performance even in the event of a deep recession.

Reason 2. High demand for collagen
Within the Food Ingredients segment, Darling processes pork and beef bones, hides and fats, fish skin and other animal products. The company's processing yields collagens, edible fats and other products that are used in the pharmaceutical, nutraceutical and food industries. The Food Ingredients segment accounts for 26.8% of the company's total revenues. It is worth noting that collagens account for 77% of the segment's sales.

Thanks to strong growth in demand for collagen products in the global health and nutrition market, management expects the collagen peptide market to double in the next five years. However, even according to relatively modest projections from Precedence Research, the collagen market is expected to grow at a compound annual growth rate of 8.3% until 2030, reaching $20 billion at the end of the forecast period. 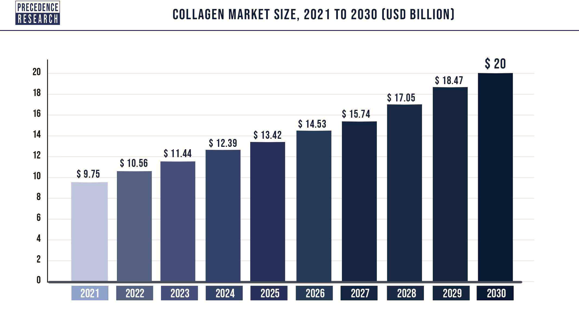 The company is actively expanding its offering. In early 2022, for example, Darling-owned health product brand Rousselot opened a new production line for pig collagen at its plant in Belgium. The firm unveiled a new joint health ingredient, Colartix, at Vitafoods Europe 2022 this spring. In early December, Rousselot was granted a patent in the US for a gelatin technology that improves the production of nutraceutical chewing gums.

The company is expected to have additional collagen production capacity as early as the beginning of 2023. However, in addition to organic growth, Darling is actively increasing its market presence through M&A deals. In mid-October, the company announced its intention to acquire Brazilian bovine collagen producer Gelnex for $1.2 billion. The deal is expected to close in the first quarter of 2023.

Reason 3. Potential of the Fuel Ingredients segment
More than 80% of Darling's Fuel Ingredients segment revenue comes from its 50% stake in Diamond Green Diesel Holdings LLC (DGD), a joint venture with Valero Energy to process animal fats, waste vegetable oil, non-food corn oil and other raw materials into renewable diesel fuels. The venture was launched in June 2013, and since then DGD's revenues have grown more than 10-fold, from $213.6 million to $2.24 billion.

It is worth noting that, unlike most renewable fuel businesses, Diamond Green Diesel has posted double-digit net margins. The company has remained profitable even in 2020, when most conventional energy companies have suffered colossal losses.

We expect this trend to continue. First, the renewable fuels market has significant potential. According to Precision Reports, this market is valued at $18.69 billion and is expected to reach $51.68 billion by 2027, which implies a compound annual growth rate (CAGR) of 18.48%.

Secondly, in the last quarter, six months ahead of schedule, the new Diamond Green Diesel III plant in Texas started up with a capacity of 470 million gallons of renewable diesel per year. Reaching full capacity will increase total DGD production by around 67%. 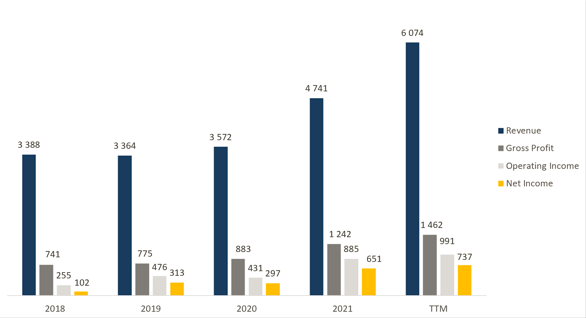 Since 2018, Darling has steadily improved margins through a successful combination of business and economies of scale. Although high inflation has put pressure on margins, we expect performance to return to a growth trajectory as inflation slows. Double-digit sales growth and a reduction in administrative expenses as a percentage of revenues will contribute to profitability growth. In addition, the more profitable Feed Ingredients segment is showing the highest growth rate, which will contribute to Darling's overall margin improvement.

TTM operating cash flow stood at $891 million for the latest reporting period, compared to $704 million for the full year. Free cash flow to equity increased from $430 million to $551 million. The increase was driven by higher net income.

Due to active M&A deals, the company's debt burden increased significantly. Thus, at the end of the third quarter, the total debt amounted to $3.28 billion against $1.46 billion for the year, cash equivalents and short-term investments increased from $69.1 million to $126.1 million and net debt more than doubled from $1.39 billion to $3.16 billion. However, there is no risk to financial stability as the Net Debt/EBITDA ratio is at a reasonable level — with the forecasted annual EBITDA of $1.55-$1.6 billion the multiplier is 2.0x.

Darling trades at a premium to peers in terms of EV/Sales multiples — 2.14x and EV/EBITDA — 12.38x, and at the industry average level in terms of earnings multiples: P/Cash flow — 10.94x, P/E — 13.60x. It is worth considering that Darling has a higher growth rate and better margins, as reflected in the forward multiple: FWD P/E — 9.32x versus the industry average of 13.71x.

The minimum price target from investment banks set by Wolfe Research is $117 per share. Cowen, on the other hand, values DAR at $79 per share. By consensus, the fair market value of the stock is $101 per share, suggesting a 58.8% upside.

Through a series of successful M&A deals, Darling has undergone a transformation from a mediocre animal by-products processor to a value-added ingredient supplier. Over the past five years, the company has made nine acquisitions, each of which has contributed positively to shareholder value. Over the same period, its stock price has risen by more than 250%. However, there is a risk that Darling will overpay for a particular business or that the fundamental qualities of the acquired companies prove worse than originally estimated.

The animal by-products processing industry is subject to significant regulatory influence from The Food and Drug Administration (FDA). This fact creates regulatory risks for Darling Ingredients.