Breakouts are one of the most common trading strategies. They involve identifying a key price level you expect the price to break through, and then buying or selling at that price in order to take advantage. Generally breakouts are used when the market is already near the extreme high or low of the recent past. When the market is trending and moving strongly in one direction, breakout trading ensures that you never miss the move.

One breakout strategy is the European Opening Range. This strategy typically focuses on EURUSD (Euro/U.S. Dollar), although it could be applied to any of the European majors.

While the Forex Market is open for 24-hours a day (Sunday evening through Friday evening ET), market activity in a given pair is not necessarily consistent throughout. 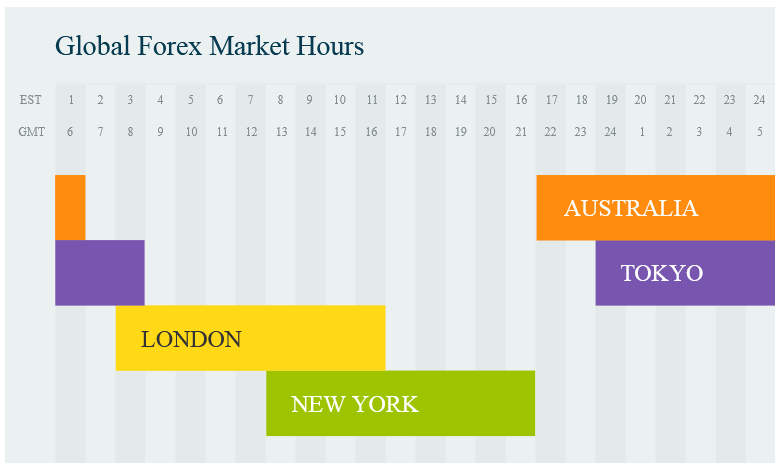 Other factors to include are major news announcements (usually in efforts of avoidance) as well as the time of day (when major markets open/close, option expirations, fixings, etc). If the Average True Range is achieved earlier in the week, the likelihood of it occurring twice in the same week is dramatically reduced. If this does occur, it’s typically in opposing directions.

As a currency trader, when volatility begins to pick up you usually want to be trading, not sitting on the sidelines. As a result, if this strategy has yet to achieve the Average True Range target on Monday, Tuesday or Wednesday of a particular week, then it may be sensible to pay close attention to this tactic on Thursday and Friday. Conversely, if the ATR is reached earlier in the week it may be prudent to be on the lookout for potential market failures in the latter half of the week as they could be the marking of a false break and/or possible outright reversal.

Noteworthy times to be aware of: 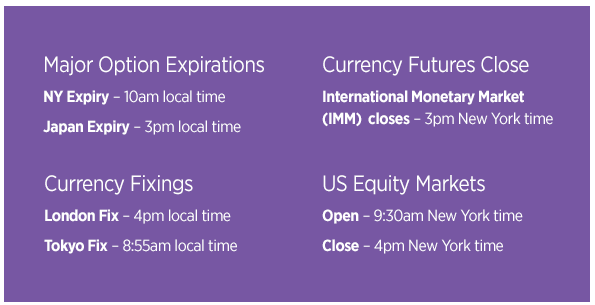 Ideally, if price is struggling near these events (typically spotted by a bullish/bearish divergence with an oscillator), then it might be prudent to reduce the position size ahead of time. This type of approach may help to minimize the emotional aspect to trading, since there’s an identifiable area to know where you’re wrong (the opposite side of the breakout’s high/low). 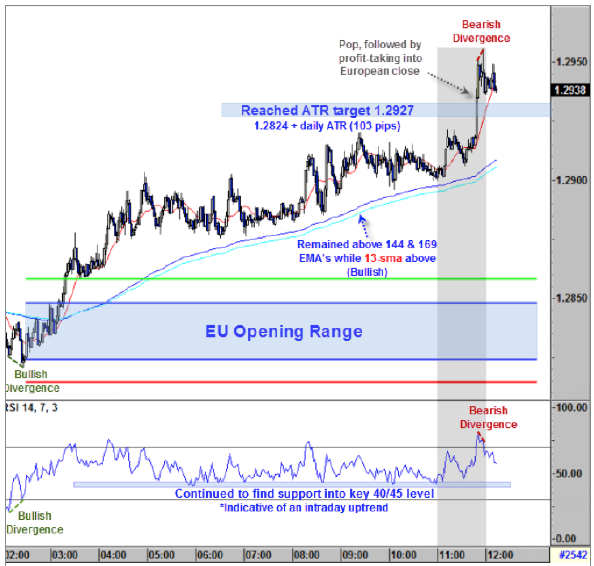 In the above example, EUR/USD made an important low during the 2:30-3:00am ET timeframe (which was preceded by an RSI bullish divergence with price) and shot higher shortly thereafter. EURUSD appeared comfortable above the 2-minute 144/169-EMA’s, while the 13-period SMA remained above the EMA’s, and RSI continued to find support into the key 40/45 zone. Consequently, there was no reason to divert from the intraday bullish bias.

As highlighted earlier, another factor to keep in mind is the time of day –in the FX market, most London traders tend to close their positions between 11:00 am and noon ET, while traders in New York close between 4-5pm ET. Accordingly, price will often see a final end-of-day push, followed by profit-taking (typically spotted by a bullish/bearish divergence with an oscillator) near these times of the day.

You’ll note that just after 11am ET EUR/USD pushed higher once again to finally reach the intraday Average True Range target of 1.2927, which was then followed by a bearish divergence with the RSI oscillator just ahead of 12pm ET.