Expect the stock to extend lower 1 more leg in wave ((v)) to complete wave 3, then it should rally in wave 4 before it resumes lower again.

Other broader Index such as Dow Futures ($YM_F) and S&P 500 ($SPX) already broke the same equivalent low, thus it’s likely that BAC should do the same. 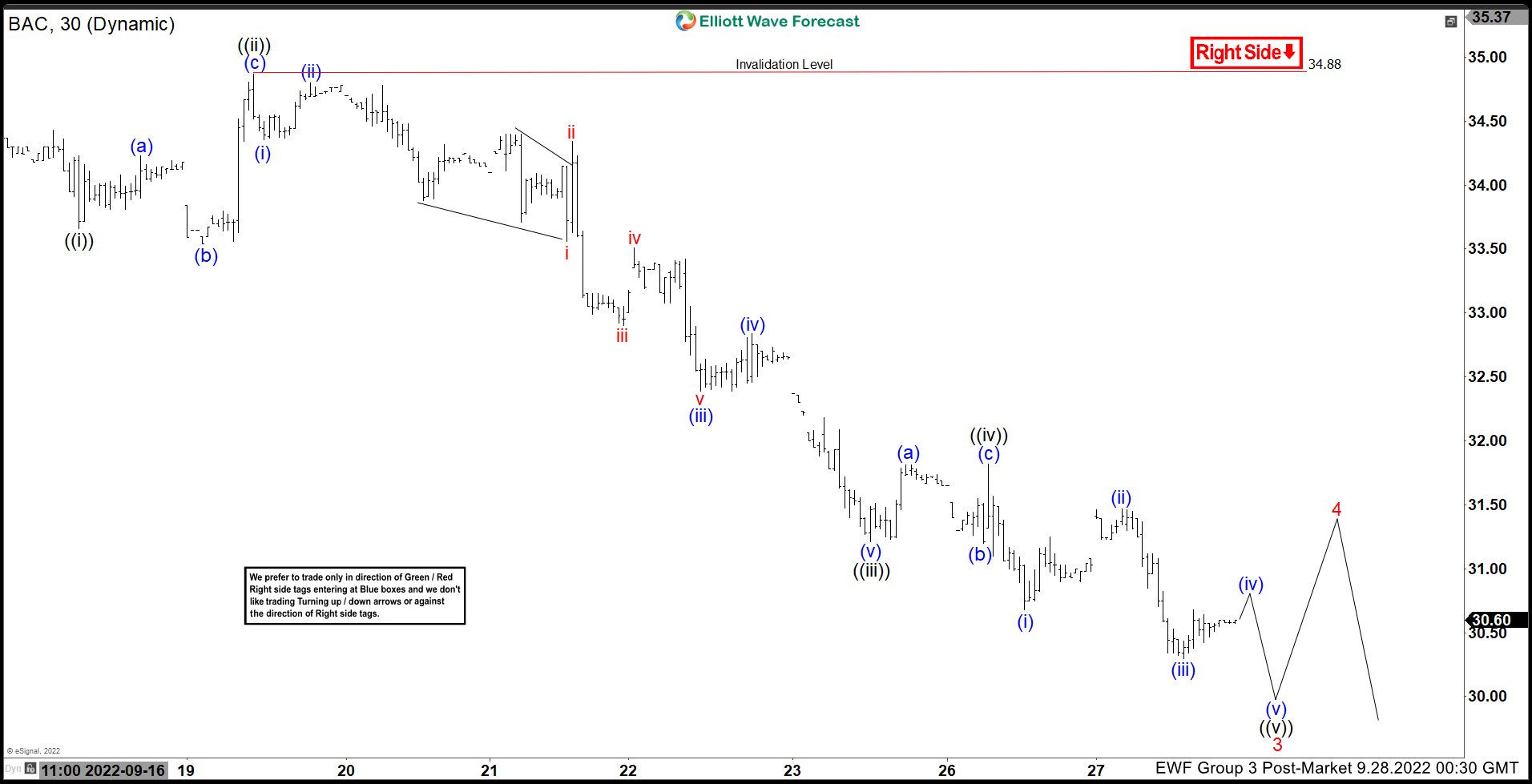